LED Neon Flex Strip for Facade Contour Linear Lighting is an idear options. The following story tells the conpcept initialized and how it impleted .Mainly led linear wall washer light function the back lighting at the offset glass curtain wall  in a Real Estate Marketing Centre. 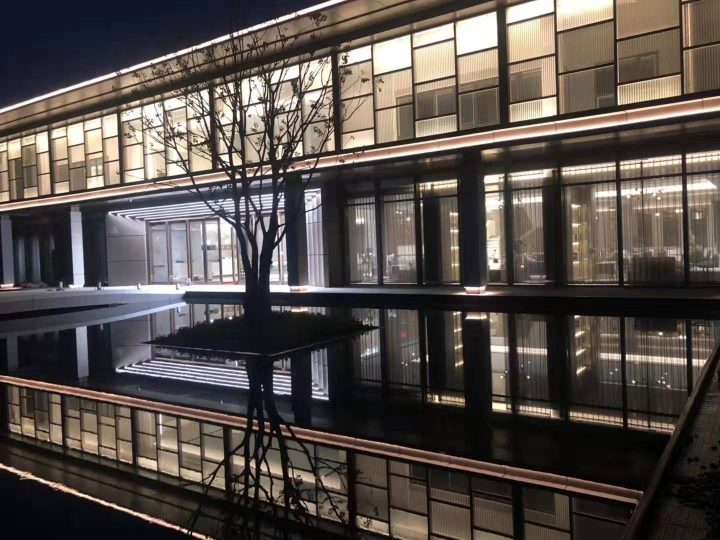 The marketing centre is part of the Sunac Yangtze River Reflection real estate project in Wuxi city. To construct an open, confort space for the marketing workstation and creates a mordern minimalism landmark is the initial design concept. It realizes an illusion effect that an independent two floors building floating up from the artificial lake infront during the day time, but an entire landscape with surroundings through the refection of the building on the lake.This is what the lighting designer and architect call light and reflection in the nigh when the lights on. This is to carter for the Yangtze River Reflection concept.

Simple glass curtain wall in the second floor is constructed with silver metal aluminum plates, which stand for pure straight lines complement of modern architectural style. 480 meters 4000K CCT LED lienar wall washer recessed into the ceiling at the back  of offset glass curtain, illuminats the transparent wall and connect with the outside space, but when closing up the fabric curtain, the building is still visible. Thus the glass curtain wall with the linear wall washer lighting functions a transition boundary from outside to inside. Along the contour a shallow grooves are prefigured, where the 4000K CCT  led neon flex strip lights are installed. The 10 meters long run neon flex strip imittes harmony dot-free and soft linear lighting, perfectly fit the narrow and shallow groove. Whilst the linear contour lighting enhances layering. The new glass facade provides the building with an unmistakable, elegant and representative character. During nocturnal hours the contours of the building gain a blurred appearance behind the discreetly illuminated, transparent shell and the edge of the building appears to horizontally extention. 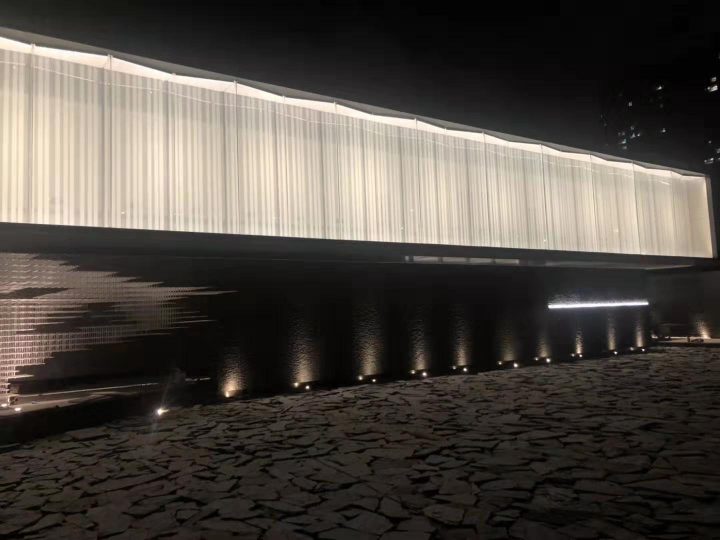 At the entrance gate area, an top bending LED neon flex strips were installed in a progressively approach. The type of neon flex strip light is figured 16mm width top bending which suitable for a wider direct viewing and bending at the right angle, but it illuminates 3000K CCT creating a warm welcome atomosphere, and also separate a different function area from the second floor.

Improvements to the quality of the workplaces was a central factor of the newly-built project for the Real Estate Marketing Centre in 2019.Lineart Lighting, as a dependable partner in the area of LED lighting tools for sophisticated architecture, was brought into the project during its early design phase. The lighting engineers from Lineart Lighting developed innovative LED neon flex strip light and LED Linear Wall Washer  for the new glass facade  We insist on  “The luminaires should not be visible for observers but only their light effect.” 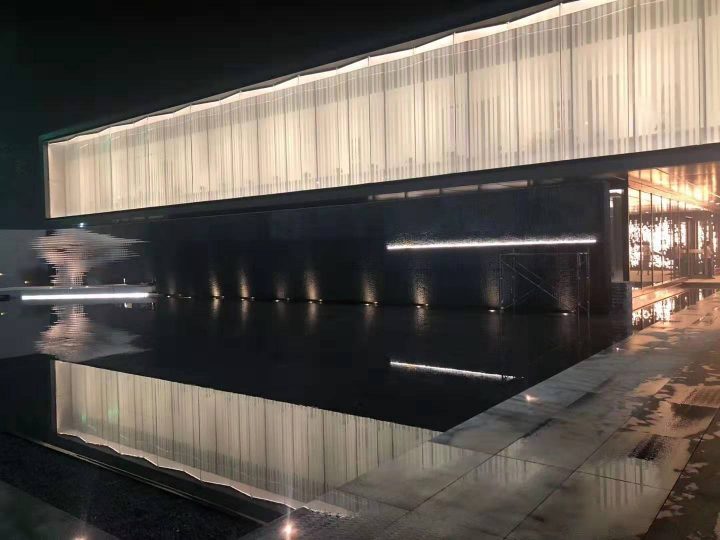