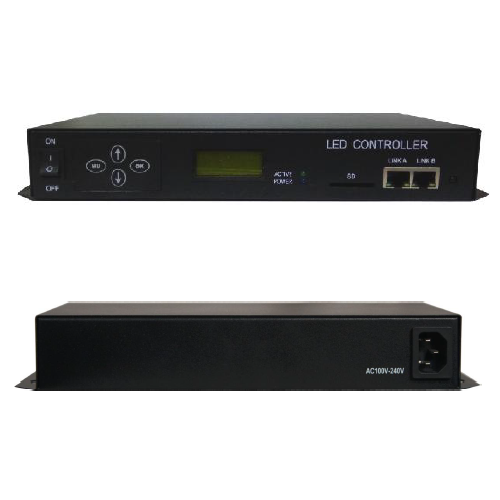 DMX512 is a standard for digital communication networks that are commonly used to control lighting and effects. MR-3F12B works as a master DMX512 controller that control a synchronously color changing lighting network through DMX protocol.

In the physical layer, MR-3F12B uses a unidirectional EIA-485 (RS-485) differential signaling, in conjunction with a variable-size, packet-based communication protocol. For a long distance signal communicaton, you can enploy the using the Art-Net protocol and the existing Ethernet in buildings to transmit signals. The network is the topology mode.

This master dmx controller has the capbility to control muiltiple universers, which consists maximum 450000 channels.  That is 15000 pixels calculated by RGB and 112500 pixels by RGBW light sources. Thus the contoller can realize large area and high resolution display, and it plays the animotion, and videos.

The master DMX512 controller has now expanded to uses in non-theatrical interior and architectural lighting, at scales ranging from strings of Christmas lights to  stadium or arena concerts, and multi-media building facade. 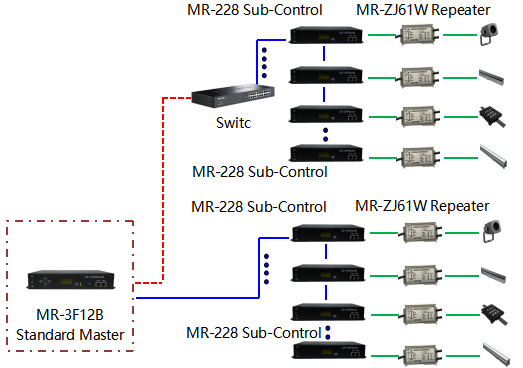 II.Online/Offline integrated Mode
Connecting with PC and controller ( online signal is priority, when no online signal received it can automaticly switch to offline mode ) as following : 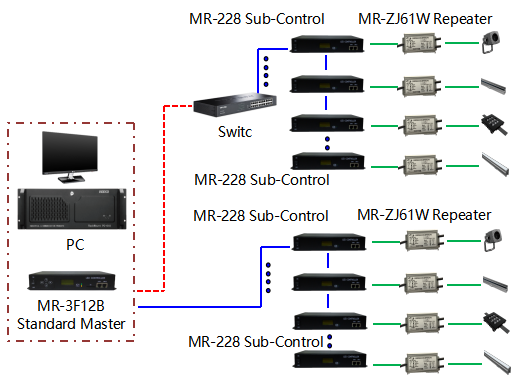